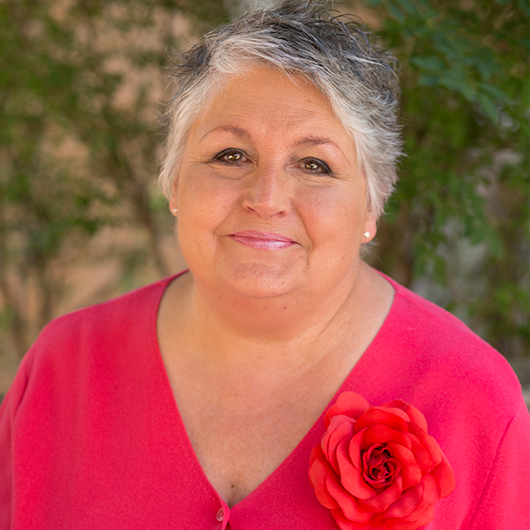 Dr. J. C. Casey is professor of communication in the Division of Arts and Humanities at Science & Arts.  Since 1992, Casey has taught journalism, public speaking, communication research, ethics and legal issues, and broadcasting courses at Science & Arts. As the advisor of the student newspaper, The Trend, she works with students both inside and outside the classroom. Casey also has worked with students and staff to produce television shows, documentaries, reader’s theatre and public relations campaigns at the university. Prior to joining the Science & Arts faculty, Casey worked as a consultant in media relations and journalism. She has worked throughout the eastern half of the nation in public relations, television, radio, magazine publication and newspaper publication.

Casey has twice been named Regents Superior Teacher of the Year. She has also served twice as President of the Science & Arts Faculty Association. In addition, she has served on a variety of university and state committees, including the Faculty Advisory Council to the Chancellor of the Oklahoma State Regents for Higher Education, and has written a number of successful grants for the Academic TV Lab and the Trend. She earned advanced degrees from Northwestern State University in Louisiana and the University of Maryland. Her most recent research projects were a video project documenting Science & Arts' 2014 Independent Study Period, in partnership with David Duncan, Science & Arts' Video Production Specialist; a presentation about Science & Arts' Independent Study term for the Association of Interdisciplinary Studies; and an article on that presentation in the AIS newsletter.